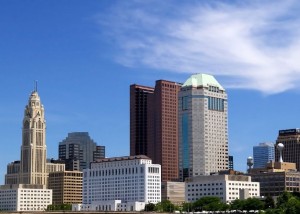 When the housing bubble burst in 2007, it started the Great Recession, an economic downturn that began in the financial sector and quickly extended to every part of the U.S. economy. Inflation and unemployment both spiked. To most observers, the economy and housing markets appeared inextricably linked. In fact, their relationship is more complicated than that, but good news for one often has positive results for the other. Consider Ohio, for example. The strength and recovery of Ohio’s economy is worth celebrating for everyone in the state, especially Columbus homeowners.

The Facts about Ohio’s Economic Growth

Ohio’s economy has struggled for years, even before the recession. A national financial crisis didn’t help, of course, and according to a Columbus CEO, from the late 90’s onward the state’s economic growth trailed the national average. The good news is, a turnaround has taken place over the past four years, which is particularly noteworthy in Ohio as markets continue along the road to recovery.

The Ohio economy grew by 2.6% in 2010 and 2011, 3.1% in 2012, and 1.6% last year—marking the fourth year in a row the state matched or exceeded national economic growth. Ohio is poised to continue its growth, supported by various growing markets, including housing.

The Strength of Ohio Real Estate

Boosts in the manufacturing industries have brought the most growth to Ohio in recent years, but housing and real estate are close behind. The Ohio housing market rebounded in 2013. In Columbus, home sales were the second-highest in recorded history by the end of the year.

Home values have increased with these changes, and anyone selling their home in Columbus has benefited from bidding wars in a tight inventory. Though the economy has strengthened, new construction decreased 75% during the recession, and this industry has yet to recover. Home prices remain competitive with the influx of new residents, moving to the state for manufacturing and insurance jobs. These changes mean the housing market has firmly strengthened—and supported the overall Ohio economy as a result.

The Benefits For Columbus Homeowners

The national economic downturn was difficult for Columbus homeowners to watch, as Ohio home prices decreased an average 15-25% during the recession. Those who persisted, though, and maintained their homes and mortgage payments now look to benefit from the recent economic growth in the state. Ohio is stabilizing and attracting more residents. With fewer new construction projects, homes are becoming a prized commodity once again, and Columbus homeowners are poised to reap the benefits. Those planning to live in the area indefinitely should consider refinancing to a lower rate to save on monthly payments and interest over the life of the loan. Use our mortgage calculator to gain a better idea of how much you could be saving.

If you’re an Ohio homeowner or hoping to become one and are interested in purchasing, refinancing, or learning about our low down and no down payment financing options in Columbus, simply fill out our Fast Response form or call our local branch at (614) 602-6020‎. Our experienced mortgage professionals would love to sit down and discuss your needs. We look forward to hearing from you! 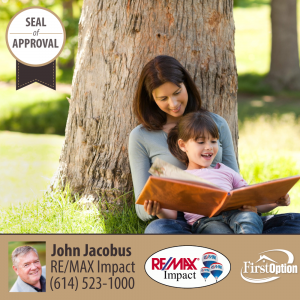 This post is brought to you in partnership with John Jacobus, a First Option recommended realtor. If you’re searching for a home in the Columbus area, call John today!

Previous Post: 6 Things to Look for When Buying an Indianapolis Home
Next Post: The Perks of Buying a Home in Downtown Salt Lake City