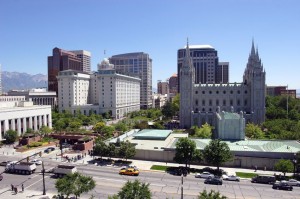 The general narrative of first time homebuyers used to go something like this: Single folks and young couples bought condos or small urban houses, and once they started families they migrated out, following the trail toward suburban sprawl. It’s a tried-and-true homeownership trend, and it continues to appeal to many folks, but not everyone. More and more people are attracted to buying—and remaining in—urban housing, and Utahans are no exception. Living close to downtown has become more attractive to Salt Lake City homebuyers now that the area has more perks of urban living.

According to Zillow, home values have increased 1.8% over the last year in downtown Salt Lake City, and market analysts predict them to increase 1.0% within the next year. Salt Lake City was recently ranked among the 10 strongest housing markets in the country, and the slower predicted growth only signifies a stabilized and recovered economy. The upward swing in property values remains encouraging for any homebuyers looking at downtown real estate, since not every urban area in America reveals the same growth.

Many homebuyers are drawn to live near downtown for its energy and amenities, and downtown Salt Lake City has plenty of both. A quick walking tour of the area will take you past gorgeous architecture, art galleries, and an array of wonderful restaurants. The Family History Library and Historic Temple Square attract tourists from all over the world, and the Salt Lake Art Center regularly showcases contemporary art exhibits. If you’re a fan of the orchestra, Abravanel Hall is said to have some of the finest accoustics of any concert hall in the world. This is to say nothing of the profusion of trendy downtown restaurants like The Copper Onion, Pago, and Forage.

Downtown residents also enjoy easier access to Salt Lake City’s impressive farmers markets and parks, accessible by foot, car, or free ride on one of the TRAX light-rail trains running through the free fare zone. A reduction in commute time attracts homebuyers all over the nation to live closer to their urban offices. Even if you have a car, you may rarely use it living in downtown Salt Lake City thanks to its public transportation system. Buses and trains can take you practically anywhere you need to go, even to the slopes when you’re itching to ski.

3. A Safer Space and National Model

As in many urban areas, downtown Salt Lake City has a homeless population, but the city has become a national model for all but ending chronic homelessness with its innovative housing efforts. Even its most urban areas have become safer for single folks and families with a marked reduction in violent and property crimes. As city improvements continue and more homebuyers purchase urban properties, downtown neighborhoods will only become safer for residents and visitors alike.

If you are looking for a downtown home in Salt Lake City and are interested in purchasing or refinancing your current residence, simply fill out our Fast Response form or call our local branch at (801) 285-9540‎. Our experienced mortgage professionals would love to sit down and discuss your needs. We look forward to hearing from you! 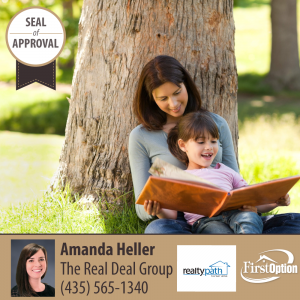 This post is brought to you in partnership with Amanda Heller, a First Option recommended realtor. If you’re looking for a home in Salt Lake, call Amanda today!