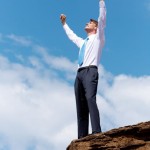 A last minute deal to avert the ‘Fiscal Cliff’, which made permanent the Bush tax cuts for individuals making less than $400,000 a year and couples making less than $450,000, was passed in the early morning hours of January 1st and signed by President Obama late last Wednesday night. This alone is great news for […]