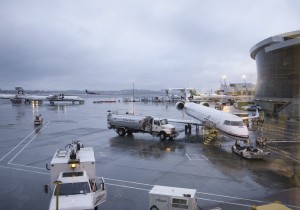 Salt Lake City and Utah have their eyes on the sky and the future. In mid-July, the city began work on a new international airport. The existing airport will stay open during the construction of a new terminal, which will feature 72 gates. Besides being a much needed update, the project brings economic fuel to the area. Reconstruction of the airport is positive news for Salt Lake City homeowners since it directly impacts job opportunities, wages and spending, and the broader economy of the region.

New SLC Airport at a Glance

The airport project is eight years in the making. The expected end date of the full rebuild is the summer of 2022. However, the estimated terminal completion date is 2019. Holder Construction and Utah’s Big-D Construction have joined together to see the project through. In the early stages, the city reached out to area residents and respected figures in the community to get their input on the design. The airport hired HOK to execute the design.

The projected makeover cost is $1.8 billion, with funding coming from federal grants, airport revenue bonds and airport reserves, passenger user fees, and car-rental fees. If you are a current homeowner in Salt Lake City or thinking of moving to SLC, then know your local tax dollars are not going toward the airport.

Here are some exciting features you will find in the new airport:

How The New SLC Airport Impacts the Economy and Homeowners

The new Salt Lake City International Airport will bring $3.3 billion into the local and state economy, according to GSBS Richman Consulting’s January 2013 analysis. Currently the airport produces an estimate of $1.1 billion and 35,290 full-time jobs. That’s an increase of 200 percent going into the state’s economy. The consulting firm estimates the redevelopment project will create an additional 23,919 full-time jobs — from those directly hired by the Department of Airports to those that do business at or with the airport. It will also add $1.2 billion in wages and income, leading the way to increased home ownership.

We at First Option have been monitoring the economic and housing recovery of SLC and Utah. We’ve noted how the city is recovering quicker than the nation. The development of the new airport gives the area a great economic boost over the next five to 10 years. It will pump up the GDP and have a positive effect on numerous industries. With the continued economic revival, it is smart to invest in Salt Lake City, either in your current home, a new home or in a second property. Discover your opportunities today with a local First Option Mortgage lender. Give us a call at (801) 285-9540 or fill out our Fast Response Form!

Previous Post: 5 Home Renovations You Can Do While Your Kids Are at School
Next Post: How to Save $100,000 On Your New Home [INFOGRAPHIC]