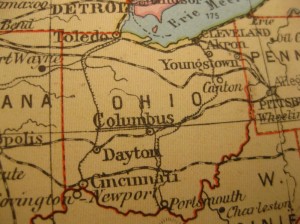 Homeowners in Ohio have felt the effects of the housing recovery for years, but it’s never been quite so apparent as it is now. According to the latest reports, delinquencies—homeowners who are at least one month behind on their monthly mortgage payments—are at the lowest they’ve been since 2007. The percentage has dropped tremendously even in the last few months, which economists view as a sign of a strengthening economy in Ohio, and encouraging news for metropolitan housing markets like Columbus.

The Columbus Dispatch publicized the good news last month, citing the Mortgage Bankers Association’s quarterly Delinquency Report. According to the report, at the end of March, only 6.5% of all Ohio homeowners were behind on their mortgage payments, a figure which has dropped from 7.9% at the end of 2013. The state is only slightly behind the average in America: now 6.1% of U.S. mortgages are considered delinquent, the lowest figure since the recession began. This means more and more homeowners in Ohio have reached a more stable financial position to make their monthly mortgage payments, which will lead to fewer foreclosures and a much healthier housing market in Columbus and the rest of the state.

Delinquencies don’t take into account loans already in foreclosure, though the same report revealed encouraging numbers there as well. Only 2.65% of mortgages in the U.S. were in foreclosure at the end of March—the lowest figure since 2009, when foreclosures began to spike with the full effects of the recession. Black Knight Financial Services reported even lower figures for April: a 2.02% U.S. foreclosure pre-sale inventory rate, down 36.13% from the same month in 2013. As homeowners have found more financial stability to make their mortgage payments, fewer are losing their homes to foreclosure, and the local and national housing markets are growing stronger as a result.

Refinancing to a Lower Rate

Some Columbus homeowners have pulled themselves out of delinquency through budgeting and selling off other assets, though many have refinanced to secure a lower rate and more manageable monthly mortgage payments. Various refinancing options exist, but HARP, the Home Affordable Refinance Program, has evolved over the years to make lower rates more accessible to homeowners. Even underwater mortgage holders can refinance through First Option with a minimum credit requirement. The program has helped millions of Americans lower their mortgage rates, which has saved them hundreds each month on payments, lowering delinquency rates and therefore foreclosure rates. Read more about the changes and stipulations of HARP to see if this program would be right for you!

If you’re interested in purchasing, refinancing, or learning about our low down and no down payment financing options in Columbus, simply fill out our Fast Response form or call our local branch at (614) 602-6020‎. Our experienced mortgage professionals would love to sit down and discuss your needs. We look forward to hearing from you!