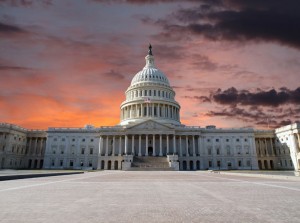 The Purpose of the Act

Congress implemented The Mortgage Debt Forgiveness Relief Act in the midst of the recession, when many homeowners suddenly experienced plummeting property values. If lenders forgave the balance from a short sell or foreclosure, the act kept the IRS from considering the forgiven debt to be income. This saved homeowners already underwater thousands—sometimes tens of thousands of dollars. In 2007 alone, homeowners exempted over $2 million in forgiven debt on their federal taxes.

The Benefit of the Act

The act received bipartisan support in Congress and among housing market analysts. In 2008 Congress voted to extend The Mortgage Debt Forgiveness Relief Act through the end of 2012, at which point they extended it again till the end of 2013. Many Americans overcame financial pains of the recession as a result of the act, and it contributed to the recovery of the housing market.

The Future of the Act

Though many members of Congress still support the act, it expired while they weren’t in session, leaving its future uncertain. Congress may renew the act in the coming weeks, as it happened in the beginning of 2013. For now, though, nothing is determined, and homeowners at risk of foreclosure may not receive the same tax relief that struggling homeowners did through most of the last decade. If you’re at risk of short selling, watch the progress of this act. We’ll write about it here as new developments surface.

Previous Post: 6 Must-Do’s To Reduce the Stress of Moving
Next Post: How to Build Up Equity in Your Home More Quickly