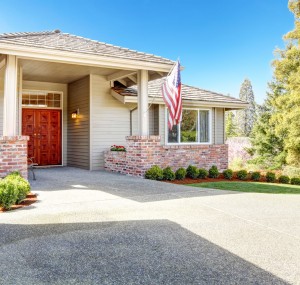 Historically, Americans have moved to the coasts to find new careers and homes in popular Californian and New York cities. But recently Americans are moving to the Midwest, where affordable housing is readily available. They’re trading in high house payments, miserable traffic jams, and limited job availability for security and space in the central U.S.

Oklahoma City is one of the best examples of this trend. The city is now the 12th-fastest growing in the country. The mayor, Mick Cornett, says clean air, the lack of traffic, and affordable housing all play large parts in the city’s growth.

Mayor Cornett knows how important it is for people to continue moving to his city. He is taking important steps to ensure the newest residents stay. To provide entertainment options, Oklahoma City acquired national basketball team The Thunder. The municipality has renovated and built boat docks along the river, which runs through the city. Mayor Cornett has also pledged to remodel all 73 inner-city schools.

Millennials are the largest demographic moving here. Oklahoma City understands how valuable the demographic is for growth. Downtown Oklahoma City is becoming a hotspot with several trendy bars and boasts shops with handmade goods.

Millennials, the coveted demographic of young adults aged roughly between 25 and 34, face high rent prices on the West and East Coasts. Most have all but given up on the dream of affording a home in their native cities. In a search for lower cost of living, millennials are moving to the center of the United States. Many times, they are first-time homebuyers and want to take advantage of the opportunity to build equity in their home, rather than pay rent without gaining anything from the investment.

The affordability of cities in the Midwest wins the hearts of millennials. For now, many of these cities offer less activities for evening and weekend entertainment, but the lower cost of living offsets this downside. Paying reasonably priced mortgages rather than sky-high rent means when the time comes, they have enough income to take part in the fun. It is now cheaper for most people to move across the country than across the street.

According to the U.S. Census Bureau, people who cite housing as the biggest motivator for moving have more than doubled since 2007 — shifting from 8 to 18 percent. These people are giving up the difficulty of securing mortgages on the coasts and reveling in a new, secure life.

Before the real estate market burst, housing in four of the five fastest-growing metropolitan areas was less affordable than the average American city. However, that changed in 2008 when all five cities with the highest growth became more affordable than average cities across the country. Four of the top five cities were in Texas.

If you’re thinking about moving, use our Fast Response form to contact our team today. We look forward to helping you find your dream home.

Previous Post: Rising Rates, and What They Mean for Your Future Mortgage Payment
Next Post: 5 Home Renovations You Can Do While Your Kids Are at School