First Option Mortgage, LLC > First Option Blog > Jacksonville Expected to Be One of the Hottest Housing Markets in 2014
April 21, 2014 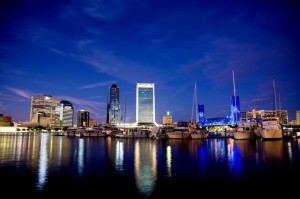 The future looks especially bright for the Sunshine State. An extensive report launched at the end of 2013 predicted Jacksonville, Florida would be among the hottest housing markets in the U.S. in 2014. Jacksonville home prices are predicted to continue their strong growth throughout the year, making the city one of the best places to move to, and invest in.

Zillow, the popular online real estate marketplace, aggregated data from the 50 largest metro areas, giving each a score based on the viability of investing in them. Factoring in unemployment rates, population growth, and predicted home values, Zillow’s rankings are a holistic estimate of how well a market will fare in the coming year. The company ranked certain metro areas “hot” if unemployment was lower than the national average, populations had grown by at least 2% in the past two years, home values were expected to increase by at least 2% in the next 12 months. Jacksonville was included among the top 10 hottest housing markets by these standards.

With low unemployment rates and a burgeoning population, Jacksonville has established itself as a solid economy and an attractive destination for many Americans. Zillow reported its home values were expected to increase 3.1% in 2014, significantly higher than the minimum growth to be ranked as a “hot” market. The city placed just after Raleigh, North Carolina and before San Diego as one of the best metro areas in America to buy a home.

Overall, Zillow found that home values throughout America were expected to increase by an average 3%. This is great news for any homeowner, and good incentive for any prospective homebuyer who has been on the fence. The study also predicted that the 30-year fixed rate mortgage would reach 5% by the end of the year—a rate still low by historical standards, but another signal that the time to buy is now, whether in Jacksonville or any of the country’s other hot housing markets.

If you’re interested in  purchasing, refinancing, or learning about our low down and no down payment financing options in Jacksonville, simply fill out our Fast Response form or call our local branch at (904) 332-7800‎. Our experienced mortgage professionals would love to sit down and discuss your needs. We look forward to hearing from you!