City Versus Suburbs: The New Landscape of Home Ownership
Need help? Chat With Us
line

City Versus Suburbs: The New Landscape of Home Ownership 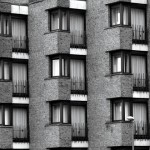 There’s a strange thing happening with home purchases right now. In addition to home buyers flocking to 18-hour cities, purchases are up in city centers, and suburbs are seeing a resurgence. So what’s really going on here? How can people be moving toward and away from cities at the same time?

Despite all the press insisting that city populations are rising, the average home purchase is about 4 percent farther away from urban centers this year than in 2011. This could be a response to rising home and rent prices, which are getting especially high in city centers. This could even out in the next few years as the economy continues to recover from the recession — especially if stagnant wages rise this year as predicted. Many say that’s the last step in the economic recovery, signaling we are finally, truly back to full strength.

So long to the starter home

Another piece of this location puzzle could be the changing approaches to adult life. Millennials are reaching traditional adult milestones, like getting married and raising kids, later than other generations. And that, coupled with their massive student loan debt, is making a big difference in the way they buy houses. It used to be that newlyweds would begin their family in a starter home shortly after getting married in their twenties. Eventually, they would outgrow the starter home and look for something larger and more expensive.

But younger generations aren’t operating this way. Because many are staying single longer, getting more advanced degrees, and waiting to settle into adulthood, they’re also putting off buying their first home. By the time they do, many are old enough to have a clearer picture of what they want the rest of their lives to look like. In this way, the starter home is essentially skipped. Smaller, less expensive houses are eschewed for larger homes in great school districts. And where do you often find those homes? In the suburbs.

Retiring to the city

Baby boomers are a unique generation. Many, if not the vast majority, take pride in subverting external expectations about how and where to live out their golden years. As a large number of boomers begin to retire, we’re seeing an interesting shift in the makeup of city populations. Those metropolitan areas that are too expensive for millennials are often affordable for boomers. Fleeting are the days of retiring to the country. Now that most of their kids are adults, many boomers are opting to downsize their empty nests for smaller condos and multi-units in the city.

So while cities, suburbs, and towns are seeing new faces, none of them are being left behind entirely. What does that mean for the future of homeownership? Will cities be where millennials eventually go to retire too? Only time will tell.

Where are you choosing to buy? Let us know on Twitter or Facebook! And when you’re hoping to purchase your next home in the town or country, contact us! We’d love to help.

Previous Post: 8 Things Often Overlooked During Spring Cleaning
Next Post: 3 Common Mistakes New Homeowners Make (and How to Avoid Them)