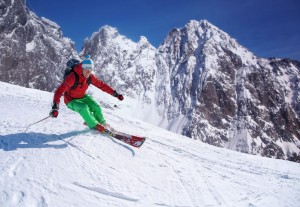 “Ski City USA” is the new moniker from Visit Salt Lake, the organization responsible for attracting tourists to the area—tourists, it should be noted, and new residents. Many people are moving to Salt Lake City for the same reason others visit, which is how it’s become one of the hottest housing markets in the nation. Homebuyers young and old have flocked to the city for job opportunities and affordable housing, and this new campaign is likely to attract more residents who love winter sports.

Utah was renowned for its slopes even before it hosted the 2002 Winter Olympics. With this new campaign, Salt Lake City is poised to become home to even more skiers.

The Makings of a Ski City

The idea behind Ski City USA stemmed from a rather obvious observation: A lot of people like skiing; not that many like traveling to and spending a week in a town with nothing but a resort and overpriced food. Salt Lake County, with 1,300 restaurants, seven breweries, international airport, and countless cultural offerings, is the perfect solution.

Skiers have flocked to Salt Lake City for decades, but it isn’t really nationally or globally known as a ski destination. Visit Salt Lake decided to change that, publicizing the numerous local resorts just a short drive away. Salt Lake City can be the base camp for travelers who want to hit the slopes. In addition to getting the word out, Visit Salt Lake has begun working with city developers to increase the number of hotels in the area to meet the anticipated spike in demand. But the new campaign won’t just attract tourists on a weekend ski trip: It’s likely to bring in more homebuyers too.

Many people decide to buy a home because it’s close to family or for a job opportunity, but others look for jobs and surrogate family in regions they want to live. People who love the ocean move to the coasts; nature lovers look for homes near state and national parks; and winter sport enthusiasts buy real estate in Rocky Mountain cities, where the slopes are never more than a half hour away.

Like Denver, Salt Lake City has attracted thousands of homebuyers for its proximity to ski resorts. Now that it’s billed as Ski City USA, real estate demand will increase from snowboard and ski enthusiasts. More people will be buying Salt Lake City property—for primary and second vacation homes. Though downtown Salt Lake has seen a flurry of interested buyers in recent months, skiing is accessible from anywhere in the city.

Salt Lake City has four major ski resorts just a short drive away: Solitude, Brighton, Snowbird, and Alta. Each of these lies in the Cottonwood Canyon, famous for its array of slopes and scenic beauty. None of them, though, can actually house all of the skiers who use the slopes every winter. They rely on Salt Lake City hotels to lodge many of the out-of-town tourists, and a huge percentage of their patrons are full-time residents of the area. Because Salt Lake public transportation takes city dwellers up to certain slopes during ski season, many of them ski at these resorts—and often. 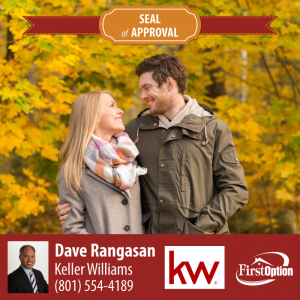 If you’d like to live close enough to ski slopes to use them every winter, Salt Lake City is a great place to buy a home. You need to act fast with real estate demand going up every day! We recommend contacting Dave Rangasan of Keller Williams for your real estate needs.

To learn more about purchasing or refinancing a property where you can ski or snowboard, simply fill out our Fast Response form or call our local branch at (801) 285-9540‎. Our experienced mortgage professionals would love to sit down and discuss your needs. We look forward to hearing from you!

Previous Post: What You Need to Know about the Future of HARP
Next Post: 10 Things You Never Knew About Atlanta